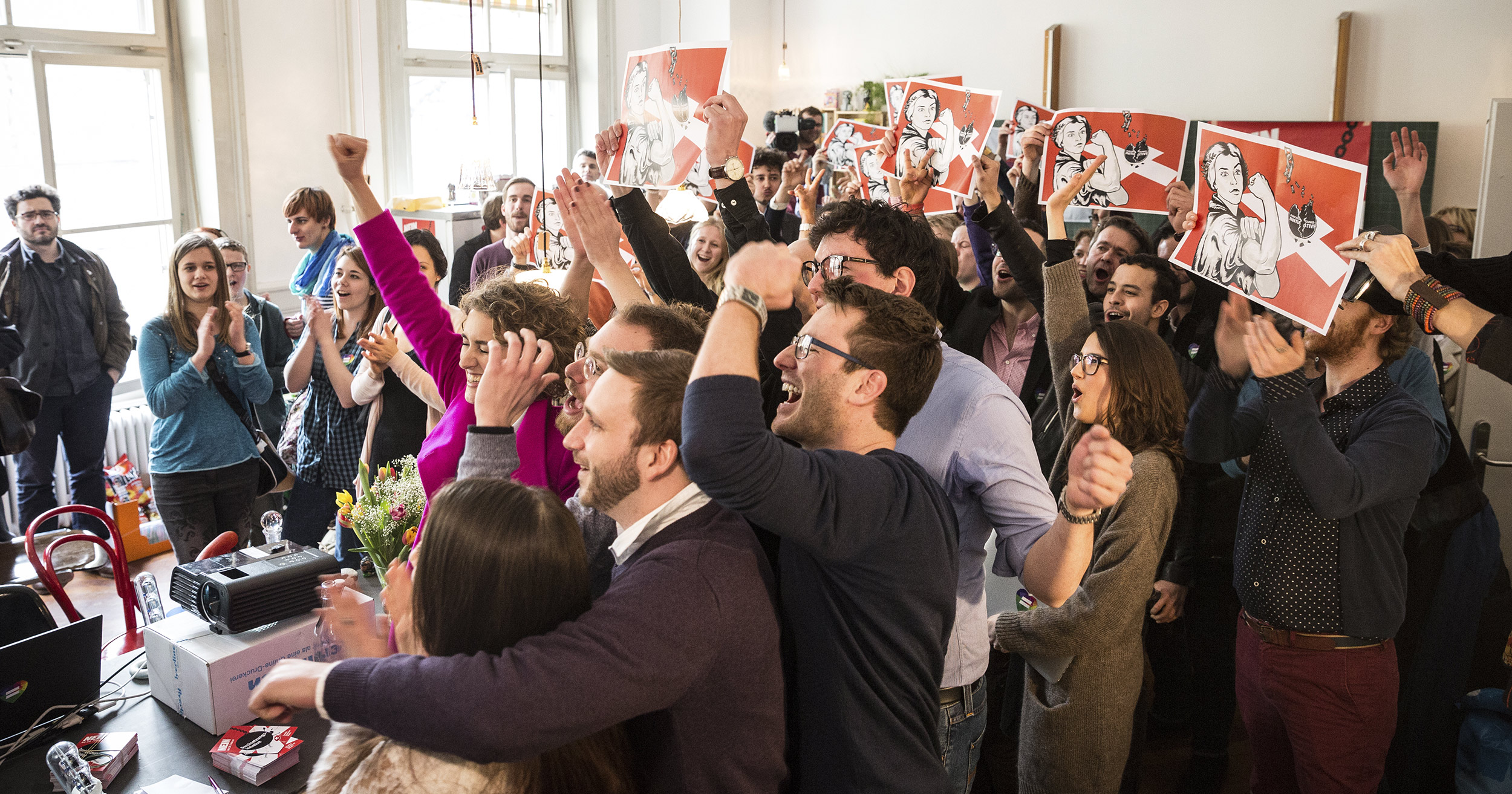 In 2016, fresh off dual victories in a referendum criminalizing immigrants and a parliamentary election that brought them nearly 30% of seats, the far-right Swiss People’s Party seemed destined to pass a second enforcement initiative to strip Swiss residents with foreign passports of any due process rights. With opposition parties and major human rights groups leery of taking on a campaign they considered a lost cause, the newly formed Operation Libero jumped in and with virtually no resources, thwarted the right-wing framing of the initiative to defeat the referendum by 18 points.

In this campaign, Operation Libero recognized that the Swiss People’s Party had perfected a playbook familiar among right-wing populists the world over: select and vilify a scapegoat, then cast yourself as the defender who will protect the people from this harm. Between invectives against people deemed immigrants – many residing in the country for generations – and complaints against the European Union, the Party weaponized xenophobia to win over voters not merely from the right but also the conflicted middle.

And while the party hoped to parlay this storyline into another initiative to ensure the most merciless enforcement possible of the previous one, they didn’t contend with the tenacious, social media savvy campaigners of Operation Libero.

We explore how, armed only with a few thousand francs and social media savvy, Operation Libero flipped the script the right was peddling to force a conversation about Swiss values, equal rights and due process under the law. And with it we probe more deeply into thorny messaging dilemmas to glean lessons applicable today as we continue to confront this oldest trick in the book: divide in order to conquer.

Adrian Mahlstein is Co-Founder and Director of Campaigns of the liberal political movement Operation Libero. He has coordinated the campaigns against the so-called “enforcement” (2016), “No Billag” (2018), “self-determination” (2018) and “limitation” (2020) initiatives, as well as the campaigns in favour of the referendums for the asylum law revision (2016), facilitated naturalisation of third-generation immigrants (2017), implementation of the EU Weapons Directive (2019) and vote on marriage equality (2021). He worked as a project manager at a campaigning agency before making his dream come true, crowdfunding the office and working full time for the political movement. He holds a Master’s degree in International Relations from the Graduate Institute in Geneva.

Stefan Manser-Egli is Co-President of the liberal political movement Operation Libero. Since 2016, he has been co-leading the movement’s campaigns against the so-called “enforcement initiative”, in favor of facilitated naturalization of third-generation immigrants and against the “burqa ban”. He is doing a PhD at the University of Neuchâtel in the field of Migration Studies.

Laura Zimmermann is a member of the Steering Committee at Operation Libero and led the liberal movement as co-president from 2016 to october 2021. Operation Libero has dedicated itself to work towards an open and progressive, liberal and just society. It became known for opposing populist initiatives, but today Operation Libero proactively advocates for its own vision, following a thematic focus on Switzerland’s relation with Europe, a digitalisation that strengthens democracy, and a liberal citizenship. Besides her political involvement, Laura works at the Zurich communications agency Rod. In her spare time, Laura likes to turn off all her Google Notifications and spends a lot of time exercising (jogging, skiing and grotty cross-country skiing), reading, and drinking wine with friends.