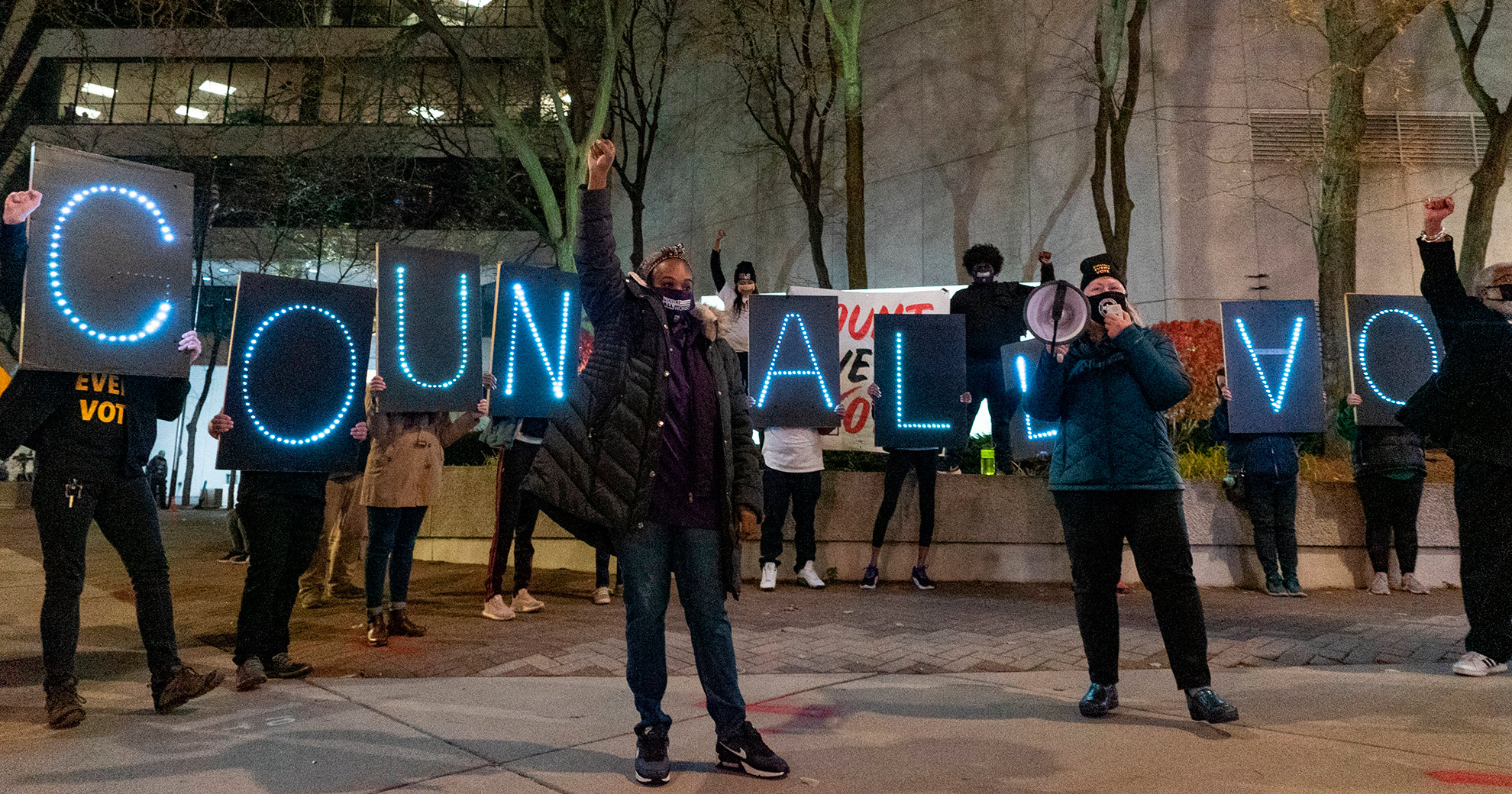 All in Wisconsin: Winning the 2020 Election

In 2020, all eyes were on Wisconsin, a state that paved Trump’s way to the White House when he won there in 2016 by just .77% of the vote. This time around, organizers and strategists both from within the Democratic Party and the grassroots, bested the right-wing playbook with persuasive and mobilizing messages that ensured Biden his victory with an even closer margin of .63%.

While many were caught off guard when the “Blue Wall” failed to buttress us from Trump in 2016, veteran Wisconsin-watchers knew this swing state was ripe for Republican pick-up. Wisconsin birthed both core elements of the progressive movement and the very ugliest impulses of the standard right-wing approach of peddling fear and fomenting division, from McCarthyism to racially coded attacks on welfare.

With Republicans in the state legislature forcing people to choose between protecting their health and casting their ballots, progressives across the state could not take a single vote for granted. From over 33,000 deep canvass contacts with rural voters, to unprecedented voter mobilization in the cities, to a state party apparatus deploying creative tactics to raise funds and reach voters, we delve into how progressive leaders worked across lines of race and place using tested messaging to make a compelling case for economic wellbeing and multi-racial democracy.

Read the All In Wisconsin Messaging Guide

Devin Anderson is the African American Roundtable’s Membership and Coalition Manager. Devin works to coordinate the LiberateMKE campaign. The campaign’s goal is to divest money from the police department and fund community needs. He has been on staff since March 2019. Prior to joining the African American Roundtable, Devin worked as field organizer for the Democratic Party in 2018. Devin graduated from Beloit College with a bachelor’s degree in Education and Political Science.

Shawnu Ksicinski, Executive Director of Progress North.  Shawnu grew up in Ashland, a small northern Wisconsin town between two reservations. Shawnu’s mom was a single mother until she was ten years old when she married her Indigenous stepfather. She grew up in generational poverty, and because half of her family is Indigenous, they experienced racism throughout their lives. There isn’t a single issue that Shawnu has worked on that hasn’t touched her family in some way. She knows that there is enough for us all to thrive, and she has a deeper understanding of how to change who benefits and who decides and she works hard every day to take back our democracy. Shawnu has seen the political landscape shift, and she truly believes it isn’t because people don’t share the same values as she does but instead because they’ve felt ignored and left behind by decision-makers.

Ben Wikler was elected chair of the Democratic Party of Wisconsin in 2019. Now in his second term, he has led the party through an unbroken string of statewide victories, including Wisconsin’s defeat of Trump in 2020.

WisDems earned recognition from the Washington Post as 2020’s State Party of the Year. The party’s landmark virtual fundraising events, including a live cast reading of The Princess Bride, led Fast Company to dub WisDems “the only state party with its own national identity.” Drawing on Wikler’s credo of Fight, Include, Respect, and Empower, the party has built a year-round professional team of unprecedented diversity and talent, mobilized tens of thousands of volunteers to elect Democrats up and down the ballot, and built close partnerships with grassroots allies throughout Wisconsin and the nation.

Prior to serving as Chair, Wikler was Washington DC Director and Senior Advisor for MoveOn. A lifelong activist, Wikler grew up in Madison, Wisconsin, where he now lives with his wife, their three children and puppy, Pumpkin.