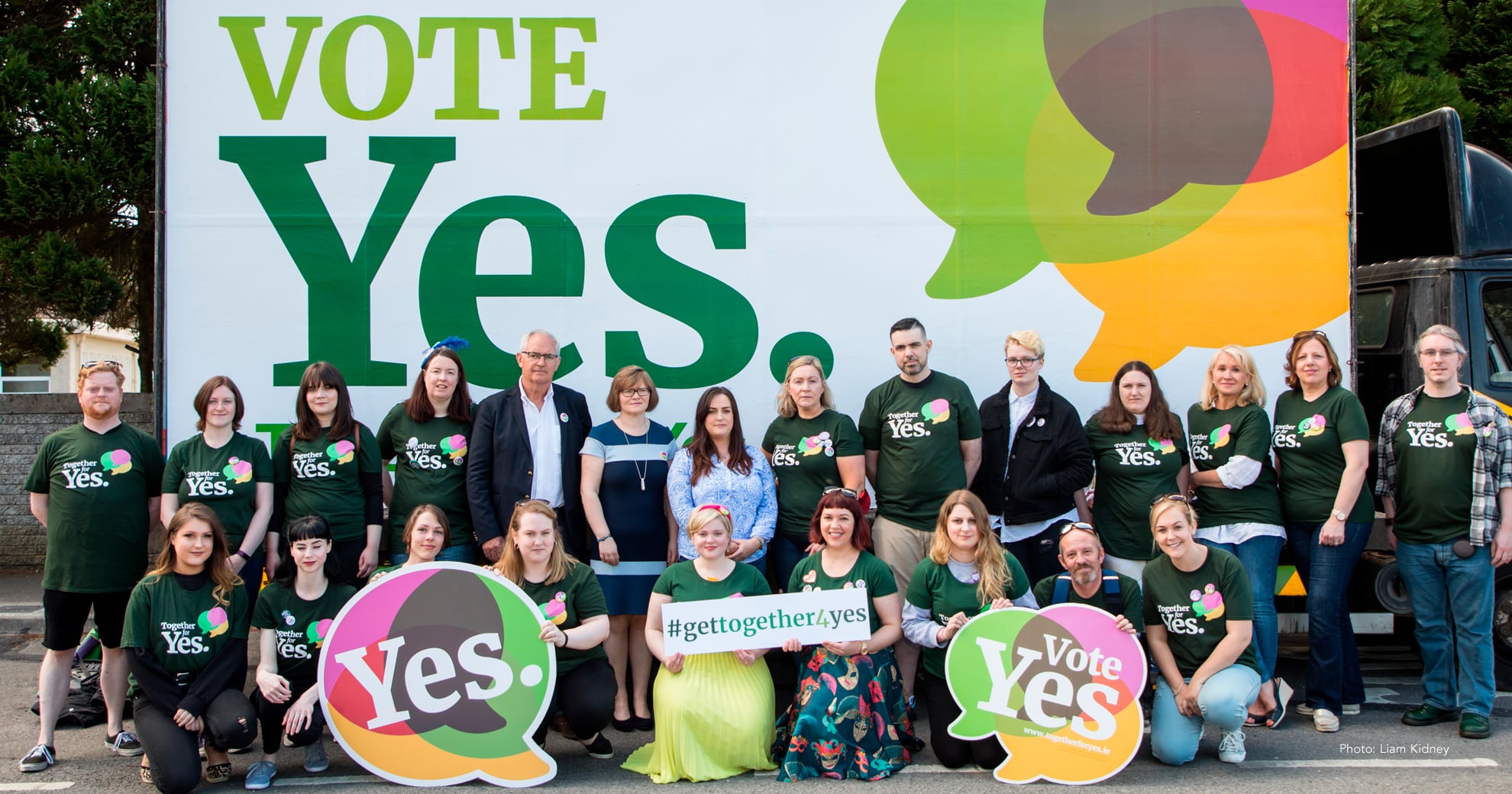 Together For Yes – Ireland

With abortion at a flashpoint in the U.S. and states practically or literally banning the procedure, we unpack how Ireland went from total ban to public acceptance. We learn how campaigners avoided a gauntlet of messaging missteps to deliver a decisive victory on an issue once considered too taboo to name.

In 1983, two-thirds of voters in Ireland chose to add the Eighth Amendment to their constitution and with it codify their prohibition on abortion – seemingly forever. And yet, in 2018, two-thirds of Irish voters repealed this amendment.

We explore how, despite deeply-entrenched religious doctrines and a well-funded opposition, the Together For Yes coalition was able to broach what many in Ireland saw as an untouchable topic by listening closely to their target audiences and rewriting the playbook on how we describe abortion and the people who have them. And we probe into the various pitfalls and messaging challenges inherent in not just debating abortion, but driving voters to turn out in support of it.

Ailbhe Smyth was one of the three co-Directors of the Together for Yes campaign to repeal the 8th Amendment. A feminist and LGBTI+ activist and former founding head of Women’s Studies at University College Dublin, Ailbhe was a Strategic Executive member of the referendum campaign for marriage equality in 2015. A long time campaigner for women’s right to choose, she has campaigned in all of the Irish abortion referendums. In 2014, Ailbhe co-founded and became Convenor of the Coalition to Repeal the Eighth Amendment, a broad cross-sectoral platform of over 100 organisations and groups.

Tara is an actor and writer in theatre, radio and TV. She campaigned for the repeal of Ireland’s 8th Amendment and her one woman show Not A Funny Word played to sold-out crowds. She came to international attention for satirical videos Racist B&B and Armagayddon. TV includes Irish Pictorial Weekly, Stewart Lee’s Comedy Vehicle and Line of Duty. She’s the author of You’re Grand and Giving Out Yards (Hachette Books Ireland) and Rage-In (Mercier Press). She hosts the Taranoia podcast and is a vocal campaigner for equality and reproductive rights. She will co-host Between Ourselves for BBC Radio 4 with Marian Keyes.